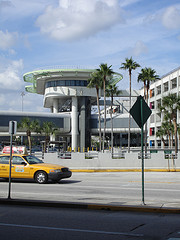 After a pleasant flight from London (with 2 seats to myself); I arrived in Miami. A creamy cold Boston lager later I was on Mexicana airways bound for Cancun.

After a quick panic at the airport I had bought a bus ticket and found myself as the only non-native on the ADO Riveria bus to downtown Cancun. Once off the bus I found myself in the hectic streets of Cancun. With my printed map I struggled to find the hostel. An elderely Mexican man asked me if I wanted a cheap hotel. Head down I declined and kept moving. He followed me before saying: “Are you stupid? Let me help you”. Maybe it’s ok to speak to strangers? He directed me to the hosteland sat waiting a commision as I was shown around my new home. The hostel was half empty with french travellers; other than Tim the retired Boeing software develoepr from Oregon. My relief at an english speaker relaxed my weary bones. After a quick shop and a beer I drifted off to sleep. 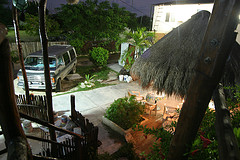 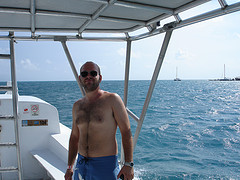 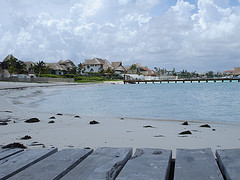