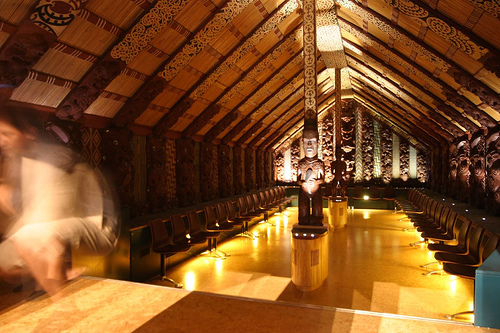 I had proposed to publish here, once a year, texts by Carlos CastaÃ±eda, an anthropologist who influenced my generation with his tales of meetings with Mexican sorcerers. For lack of space, I have not done so since 2004. Today I woke up thinking: CastaÃ±eda, despite all his critics and all his work that later on seemed so disorderly to me, should not be forgotten. So here we present some of his reflections.
Intention is the important thing: for the old sorcerers of Mexico, intention (intento) is a force that intervenes in all aspects of time and space. To be able to use and manipulate this force calls for impeccable behavior. A warriorâ€™s final goal is to be able to lift his head above the rut where he is confined, look around him, and change what he wants. To do so he needs to have discipline and pay attention all the time.

Nothing is easy: nothing in this world is given as a present: everything has to be learned with a great deal of effort. A man who seeks knowledge must have the same behavior as a soldier going to war: absolutely attentive, afraid, respectful and utterly confident. If he follows these recommendations, he may lose the odd battle but he will never cry over his fate.

Fear is natural: fear of the freedom that knowledge brings us is absolutely natural; however, no matter how terrible the apprenticeship may be, it is worse to live without wisdom.

Irritation is unnecessary: becoming irritated with others means giving them the power to interfere in our lives. It is imperative to overcome this feeling. By no means should the acts of others distract us from our only alternative in life: coming in touch with the infinite.

The end is an ally: when things begin to get confused, a warrior thinks about his death and immediately his spirit returns to him. Death is everywhere. Think of the headlights of a car following us along a winding road; sometimes we lose sight of it, sometimes it appears to be too close, sometimes the headlights go out. But this imaginary car never stops (and one day catches up with us). The very idea of death gives men the necessary detachment to go ahead despite all their tribulations. A man who knows that death is approaching every day tries everything, but without feeling anxiety.

The present is unique: a warrior knows how to wait, because he knows what he is waiting for. And while he waits, he wants nothing, and in this way anything he receives â€“ however small â€“ is a blessing. The common man worries too much about loving others, or being loved by them. A warrior knows what he wants – that is all in his life and that is where he concentrates all his energy. The common man spends the present acting as winner or loser, and depending on the results he becomes persecutor or victim. The warrior, on the other hand, worries only about his acts, which will lead him to the objective he has traced for himself.

Intention is transparent: intention (intento) is not a thought, nor an object, nor a desire. It is what makes a man triumph in his objectives and lifts him up from the ground even when he has delivered himself up to defeat. Intention is stronger than man.

It is always the last battle: the warriorâ€™s spirit does not complain about anything, because he was not born to win or lose. He was born to fight, and each battle is the last that he is waging on the face of the Earth. That is why the warrior always leaves his spirit free, and when he gives himself to combat, knowing that his intention is transparent, he laughs and enjoys himself.