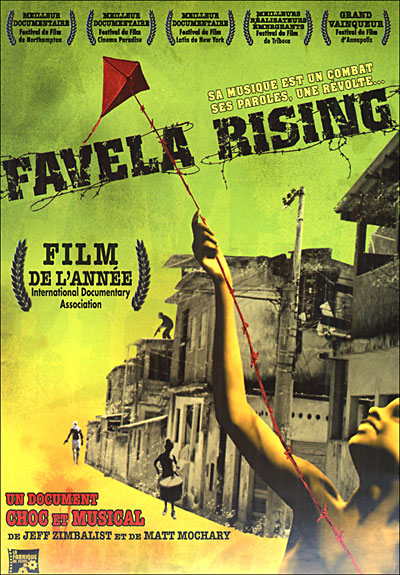 Last week I had the pleasure of working on an interview with director Jeff Zimbalist, talking about his new film ‘Favela Rising’.
A non-fiction documentary film Favela Rising follows the rise of the ‘Afro Reggae’ group in one of the poorest Favela’s in Brazil.

We watched the film a day before its official screening at the ICA, then immediately conducted the interview. The following night we enjoyed the launch party with Jeff and Afro Reggae again at the ICA. It is hard to respond to an experience like this.

Talking to Jeff was interesting and inspiring. His plight to make films that expose injustice and help build change is noble indeed. On a less auteuristic level his clear and focused determination and stamina for his work provides a rewarding empathy for media folk like myself.

Before I rant on further let me summarise. The film was great, the coincidences that occured in its making astonishing. Go see it tell your friends and help fuel a revolution against all that is bad!